NEW REPORT: Under AG Laxalt, Murder and Rape at Highest Levels This Decade

Late yesterday, the FBI released nationwide crime statistics for 2017, showing murder and rape rates in Nevada were at their highest levels since 2007. Under Republican Attorney General Adam Laxalt’s watch, the murder rate was higher each year than the previous six years, and the rape rate climbed similarly every year of Laxalt’s tenure. Crime data for Nevada since 1995 can be found here.

Laxalt is running for governor using the campaign slogan “Protect Nevada,” but he’s failed to protect Nevadans from rape and murder as the state’s top cop. Since Laxalt became attorney general in 2015, murder and rape rates in Nevada have risen continuously each year that he’s been the top law enforcement officer in the state (see chart below).

In 2017, Nevada’s murder rate was at a decade-long high of 9.1 homicides per 100,000 people — nearly double the national average. That same year, rapes in Nevada occurred at a rate of 63 per 100,000 people — more than double the national average. Under Laxalt, murder and rape rates in Nevada spiked and have remained at their highest levels this century for rape and this decade for murder (see graphs below).

“Adam Laxalt promises to ‘protect Nevada,’ but he has failed to protect our communities from rising levels of murder and rape as the state’s top law enforcement officer. Instead of spending his time and taxpayer resources joining out-of-state lawsuits to wage his donors’ ideological battles, Laxalt should have been focusing on keeping Nevadans safe here at home. Nevada families can’t trust Adam Laxalt to protect them as governor if he can’t even do his job as attorney general to protect them from violent criminals.”

Rape at Highest Levels this Century Under Attorney General Laxalt 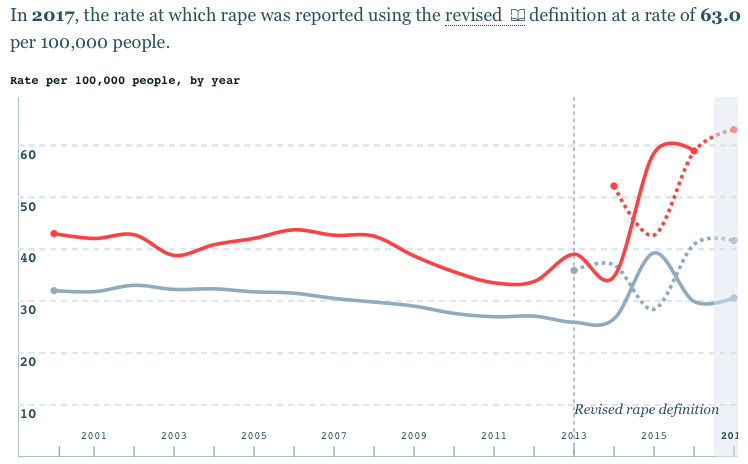 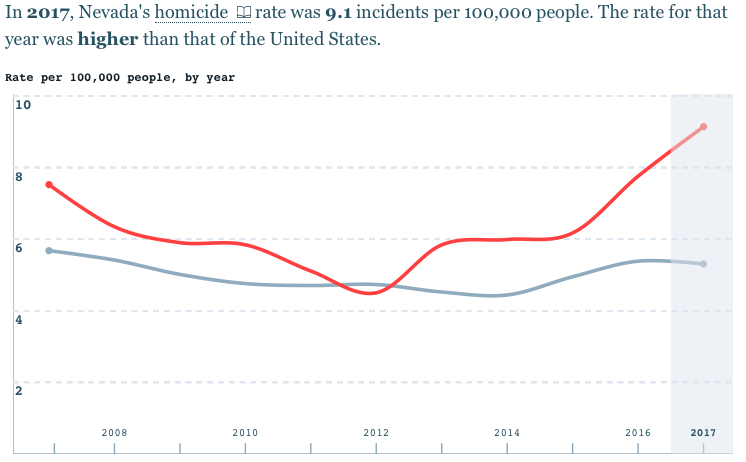